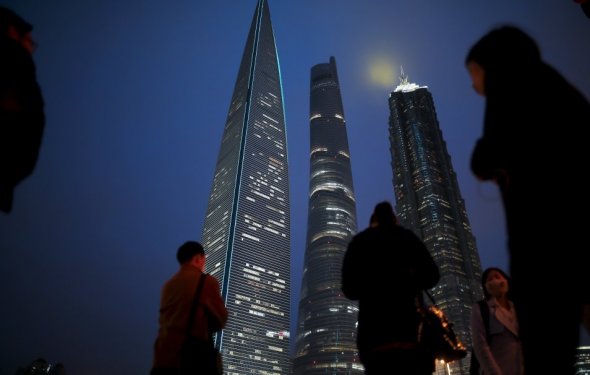 Falling bond yields have been a fixture of global markets for decades. The yield on the 10-year U.S. Treasury note hit its lowest level ever in July.

Yield on the 10-year Treasury note

Why Bond Yields Have Been Falling:
Weakening Outlook on Global Growth

Global growth has been weak, reflecting factors ranging from aging populations to rising debt levels to heavier regulation. Forecasters such as the International Monetary Fund have been cutting growth projections in response.

Forecasts are shown for the forecasting year and the next five years. Forecasts are made in April of each year.

Even in the United States, where growth has been stronger than in Europe and Japan and steadier than in many emerging nations, bullish predictions have been mistaken, limiting the Federal Reserve’s capacity to raise short-term interest rates.

Inflation, Scourge of Bonds, Has Been Throttled

PCE index, change from a year ago, seasonally adjusted

These persistent shortfalls have engendered an increasingly robust response from rich countries’ central banks. Their policies have centered on large purchases of their own government’s bonds, an approach known as ‘quantitative easing’ or QE for its effect of increasing central-bank assets.

Central banks’ holdings as a share of government debt outstanding

These government purchases have amplified the already sizable demand for safe bonds at a time when investors generally remain risk averse, reflecting the 2008 crisis and uneven economic growth.

Some central banks have moved their policy rates into negative territory, resulting in further reductions in bond yields in those regions and boosting investor demand for higher-yielding debt elsewhere.

The Global Reach for Yield

Percent of indirect bidding, a proxy for overseas demand, for each day the 10-year note is auctioned

Worries About Side Effects

Many investors believe central-bank liquidity created by bond purchases, which helps drive down yields, is recycled by investors into stocks, helping drive recent gains in the S&P 500. Some worry the gains make stocks vulnerable to a sudden reversal in sentiment.

Some fear that falling long-term yields risk becoming counterproductive. One fear is that by reducing the difference between short-term and long-term rates creates a flat or inverted yield curve (in which short-term rates are higher than long ones), indicating a recession is likely. What will this curve look like a year from now?

Source: graphics.wsj.com
Related Posts
Categories
Latest Stories
Sponsors Tips on what to do onset of cold Why was tamzin outhwaite in a wheelchair...
Guide Halo 5 infection tips when making gamemode in what cell organelle does...
We are supported How to replenish electrolytes? What are tom chang md tips for eye health...
Helpful Who grow crops in the field? what career path should i take how object...
FAQ How much vacancy in upsc 2022 why activities are important? when theory...
Friendly sites