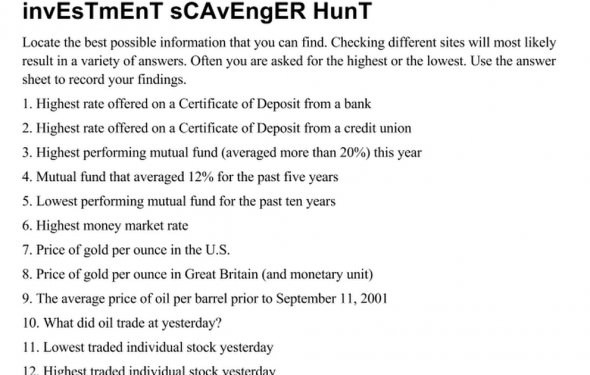 Government debt of the United States is typically issued in the form of U.S. Treasury securities. These securities—simply called Treasuries—are widely regarded to be the safest investments because they lack significant default risk. Therefore, it is no surprise that investors turn to U.S. Treasuries during times of increased uncertainty as a safe haven for their investments. This happened once again during the recent financial crisis. In fact, the increase in the demand for Treasuries was sufficiently large so that prices actually rose with an increase in the supply of government securities.

In the latter half of 2008, the Treasury auctioned a large amount of securities to cover the cost of the Emergency Economic Stabilization Act. After the act was passed, holdings of U.S. marketable Treasury securities continued to increase over the next year and a half, from $4.9 trillion in August 2008 to $7.4 trillion in February 2010. Figure 1 shows the levels of short- and long-term securities outstanding from 2006 to 2009.

Short-term securities are also known as Treasury bills; they have maturity dates of less than a year. In August 2008, approximately $1.2 trillion in T-bills was outstanding. By November 2008, that number had almost doubled, to about $2 trillion in outstanding short-term debt.

Long-term Treasury securities, which include Treasury notes, Treasury bonds and Treasury Inflation Protected Securities (TIPS), are defined as having a maturity date of over a year. Before the onset of the current financial crisis, there was a slight upward trend in the volume of these securities. Since October 2008, there has been a significantly large upward surge in the amount of T-notes issued, while the level of TIPS and T-bonds has remained relatively unchanged.

In sum, financial markets have witnessed a significant increase in the supply of Treasuries (level of debt issued by the government) in recent times.

Interest rate activity after the mortgage crisis of 2007 also seems to provide evidence that would suggest that investors found safety in U.S. Treasuries, especially T-bills. shows the yields on the three-month and 10-year Treasuries, as well as those on Moody's Aaa and Baa corporate bonds. Corporate bonds carry a risk that the corporation issuing this debt security will default on its obligations. For taking this relatively higher risk, investors are rewarded with a higher yield than they would get if they had invested in long-term Treasuries. As seen in Figure 2, there was no significant change in this difference of yields (spread) before the onset of the current financial crisis.

However, when the mortgage market began to slide in August 2007, yields on short-term Treasuries fell sharply. Although the supply of Treasuries was relatively con-
stant in the second half of 2007 and the first half of 2008, yields on both short-term and long-term government securities continued to fall. The larger decline in the short-term Treasuries reflects the greater demand for liquidity during this period as investors were increasingly reluctant to buy longer-term assets. The uncertainty in the mortgage market also encouraged investors to switch from other debt instruments, such as mortgage-backed securities, into government securities. All this while, changes in the yields on corporate bonds were smaller because investors believed that the increased credit risk was primarily concentrated in the mortgage market.

Nonetheless, the collapse of Lehman Brothers on Sept. 15, 2008, signaled the beginning of a financial panic. Increased selling pressure by panic-stricken investors lowered prices and raised yields on corporate bonds. At the same time, investors increased their demand for safer assets, namely U.S. Treasuries, and this led to a further decline in the yields on U.S. Treasuries. Yields on short-term U.S. securities decreased sharply to near zero in November. However, the movement in long-term Treasury yields was sluggish—hovering about 4 percent before falling to about 2 percent in December 2008. In part, this later decline was also prompted by the Federal Reserve's measures to buy long-term Treasuries under its large-scale asset purchase programs.

In summary, there has been a large expansion in the amount of Treasury security offerings while yields on Treasuries have actually declined. Stated differently, the prices on Treasury securities have actually increased in the face of a rapidly expanding supply of these securities. This anomalous behavior in the market for Treasuries can be explained by a significant increase in the demand for Treasuries—"the flight to safety" in the event of a financial crisis. Evidently, the effect of the increase in the supply of securities in government auctions was more than offset by the increase in investors' demands for safer investments.

Source: www.stlouisfed.org
Related Posts
Categories
Latest Stories
Treasury bonds interest Credit quality Treasury securities are considered to be of high credit...
bond market history chart The starting point of any financial analysis must surely be a consideration...
average bond rate While many novice investors understand the basics of the stock market...
Bond yields and interest rates The market prices bonds based on the bond s particular characteristics...
Bond market Bloomberg While Bloomberg is commonly used across asset classes, it is perhaps most...