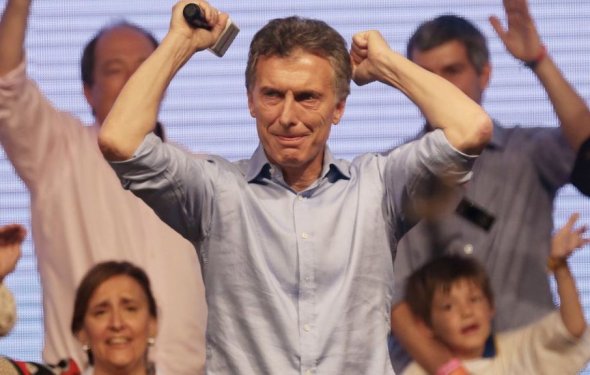 A lot has happened in Argentina in the past 100 years, including the rise of the radical populist movement behind Juan and Evita Peron.

A military coup. A world war. A radical government. A terrorist campaign. Losing a war against the British over some fairly insignificant islands. And more bankruptcies and debt restructurings than most people can probably count.

A heck of a lot has happened to Argentina over the last 100 years, and no doubt the next century will be just as eventful. And yet if you listen to the financial markets, through all of that it would have been perfectly safe to lend its government your money, secure in the knowledge that you would get paid back at the end of it, and collect the interest every year along the way.

This week, Argentina became the latest country to issue a 100-year bond. It joins the likes of Ireland and Mexico, while dozens of countries have started to sell 50-year paper. So far, a market desperate for yield has been snapping it all up. But hold on. A 100-year loan? To Argentina?

In truth, no one can have any idea what will happen to a country over that length of time, except that it will be dramatic and possibly very nasty. If we needed confirmation that the era of cheap money has turned the financial markets upside down, then this is surely it. And the only sane response from investors is to steer clear.

At the start of the week, Argentina joined the growing list of countries issuing century bonds. The South American state plans to sell $2.75 billion of the debt, which will run until 2117, with an expected yield of slightly under 8%. Investors seemed perfectly willing to buy it, and who knows, the country may issue a lot more if it can get away with it.

True, the country is currently deemed credit-worthy, and 8% is an attractive yield. A 10-year Argentinean bond is currently yielding 4.5%, so the rate is a lot higher. Elsewhere, emerging-market debt has seen rapidly falling yields, and of course in the developed world, government bonds pay next to nothing.

In the case of eurozone countries such as Germany, yields have literally dropped below zero, meaning you end up paying the government to take cash off your hands. In that context, 8% doesn’t seem like such a bad offer.

Even so, and with no disrespect to the country, this is Argentina we are talking about. Whatever it’s other virtues, it has never exactly been synonymous with financial or political stability.

It has only just settled a long running dispute over a $95 billion default. It has defaulted on its debts seven times in the last 200 years, and three times in the last 23 years. It has been through military rule in the 1930s, the Second World War, the populism of the Peron era, war with the British over the Falklands, and its own terrorist insurgency.

What can anyone owning their brand new 100-year Argentinean bond expect? A couple of defaults, at least one war, and probably a revolution as well. The chances of collecting your 8% every year through all that? Perhaps not quite zero — but surely something very close to it.

Traffic stats
Source: www.marketwatch.com
Related Posts
Categories
Latest Stories
Sponsors Tips on what to do onset of cold Why was tamzin outhwaite in a wheelchair...
Guide Halo 5 infection tips when making gamemode in what cell organelle does...
We are supported How to replenish electrolytes? What are tom chang md tips for eye health...
Helpful Who grow crops in the field? what career path should i take how object...
FAQ How much vacancy in upsc 2022 why activities are important? when theory...
Friendly sites