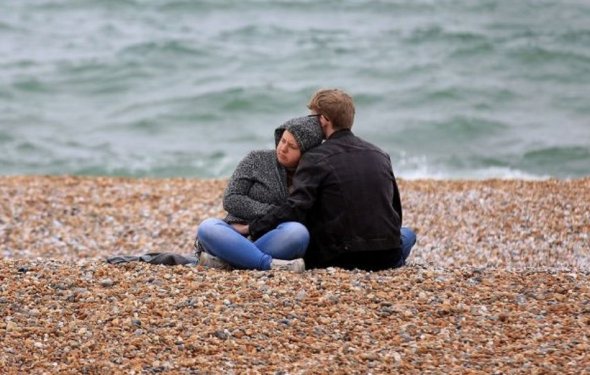 Chadha, the chief global strategist at Deutsche Bank’s U.S. securities unit, is part of a group of die-hard bond bears who say Treasuries have become unhinged from reality and yields have nowhere to go but up. Like many before him, he points to all the obvious signs investors seem to be ignoring: higher benchmark interest rates, wage pressures that will lead to faster inflation, worsening budget deficits that will result in more debt issuance.

“This is just not sustainable, ” said Chadha, who sees yields on 10-year Treasuries reaching 3.25 percent by year-end, from 2.19 percent now.

Bill Gross, who runs the $2 billion Janus Henderson Global Unconstrained Bond Fund, chimed in on Wednesday, saying U.S. financial markets are at the highest risk levels since before the 2008 financial crisis.

Of course, Wall Street’s best and brightest have been sounding the alarm for years now, only to see yields keep falling. And while it’s questionable whether bond traders could have foreseen all the seemingly unrelated reasons beyond monetary policy and the U.S. economy (bad weather, China’s slowdown, plunge in oil, Brexit, North Korea, etc.) that have conspired to keep Treasuries in demand, the simple fact remains that the bull case is still intact.

Just a few months ago, it seemed as if the bears would finally be vindicated. The Trump reflation trade was on and bond luminaries like Gross and Jeffrey Gundlach were debating when to call the selloff an outright bear market. Yet after reaching 2.63 percent in March, 10-year yields once again retreated.

Some dogged forecasters are convinced this time will be different. A dozen or so in Bloomberg’s latest survey say 10-year yields will reach or exceed 3 percent by year-end. Such a selloff would inflict losses that rival what investors suffered during the “taper tantrum” in 2013.

In the first quarter, U.S. wages and salaries rose at the fastest pace since 2007. And last month, 34 percent of small-company owners reported they were unable to fill all their job openings, the most since 2001.

“There will be catalysts for higher yields, ” said Porcelli, who sees yields reaching 3 percent in December and 3.5 percent by the third quarter of 2018. “Wage pressures always build toward the end of a cycle - that’s just reality.”

Eurizon SLJ Capital’s Stephen Jen isn’t quite ready to go that far. The former IMF economist, who now runs his own hedge fund, says he can envision yields rising to 3 percent. But anything higher could take years. He points to central-bank purchases, which have reduced the supply of safe assets over the years. That’s happened just as increasing wealth worldwide is boosting demand for financial assets of all kinds, including Treasuries.

“Because of underlying structural trends the yield can’t go that high, ” he said. “The Fed still warehouses a huge stock of assets and the world is more and more short of supply of good safe-haven assets.”

Yet that’s left bond investors without any margin of safety. A valuation tool called the term premium stands at minus 0.31 percentage point for 10-year notes. As the name implies, the measure should normally be positive and has been for almost all of the past 50 years. But now, it’s turned negative, suggesting an unusual degree of complacency.

Source: www.bloomberg.com
Related Posts
Categories
Latest Stories
Sponsors Tips on what to do onset of cold Why was tamzin outhwaite in a wheelchair...
Guide Halo 5 infection tips when making gamemode in what cell organelle does...
We are supported How to replenish electrolytes? What are tom chang md tips for eye health...
Helpful Who grow crops in the field? what career path should i take how object...
FAQ How much vacancy in upsc 2022 why activities are important? when theory...