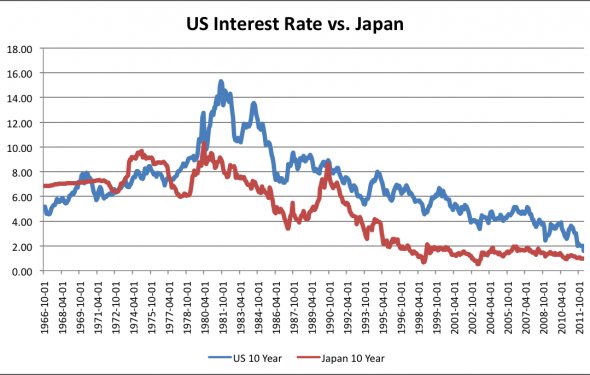 The U.S. bond market pulled back Monday, pushing up the yield on the benchmark 10-year Treasury note from its lowest level in more than six months.

The bond market pared its price decline after a report showed the monthly gauge of the U.S. service industry softened last month. The release adds to a growing debate whether the U.S. growth momentum may be less robust than many investors have expected.

The yield on the benchmark 10-year Treasury note settled at 2.182%, compared with 2.159% Friday which was the lowest close since Nov 10. Yields rise as bond prices fall.

The subdued move in the bond market also reflects investors' hesitance to place large bets before some events later this week that may impact global markets. The highlight will be Thursday with the latest monetary policy meeting from the European Central Bank, a snap election in the U.K. and a congressional testimony by former FBI Director James B. Comey.

Many investors expect the ECB to keep its bond buying program steady and refrain from sending strong signals that it would soon dial back stimulus. Stan Shipley, senior managing director of fixed-income strategy at Evercore ISI, said the ECB is likely to wait after the German elections later this year before making decisions on tapering bond buying.

ECB's bond buying program has played a big role in compressing global government bond yields at very low levels from a historical standpoint. Lower government bond yields in Germany have been making U.S. Treasury debt more appealing, which has been keeping a lid on U.S. yields' ascent and frustrating bond bears betting on higher Treasury yields. The yield on the 10-year German bund was 0.286% Monday.

"Any shock from the ECB, such as signaling an early exit" would rattle government bond markets in the eurozone and ripple into the U.S., said Jason Evans, co-founder of hedge fund NineAlpha Capital LP.

A sign of the U.S. bonds' appeal, the yield premium investors demanded on Monday to own the 30-year Treasury bond relative to the 30-year German government debt fell to the smallest level since April 2016, according to Tradeweb.

A shrinking premium means some investors sold the German bond to buy its U.S. counterpart. The shrinkage also reflected some anxiety toward the ECB's bond buying policy outlook because long-term bonds are the most vulnerable to the central bank's reduced stimulus.

The 10-year Treasury yield fell by 0.06 percentage point last Friday after the nonfarm payrolls report for May showed smaller-than-forecast job gains and subdued wage inflation, even as the unemployment rate fell to the lowest level since 2001.

Analysts say the data is unlikely to stop the Federal Reserve from raising short-term interest rates next week, but it raises some question whether the central bank may stand pat during the balance of this year after a June hike.

Expectations of a slow-moving Fed have reduced anxiety over a swift rise in Treasury bond yields, bolstering demand for long-term Treasurys. The 10-year Treasury yield closed above 2.6% in March and reached the highest level since Sept 2014.

The 10-year Treasury yield has fallen more than 0.2 percentage point this year after a big rise in late 2016. The shift into lower yields accelerated last week even as U.S. stocks set fresh record highs.

Some analysts say the bond market is offering a note of caution for investors chasing riskier markets at elevated valuation. Optimism over President Donald Trump's fiscal agenda has been waning. Inflation has been slowing down, with some metrics drifting below the Fed's 2% target last month, an antithesis toward the narrative of stronger growth and higher inflation that dominated financial markets following the U.S. presidential race last November.

Some investors say higher stocks and Treasury bond prices reflect ample liquidity thanks to steady bond purchases from the ECB and the Bank of Japan. The results are still easy financial conditions which bolster investors' hunt for income in a world of low yields and low volatility, fueling higher prices in stocks, corporate bonds and emerging-market assets.

This article was corrected at 4:13 p.m. ET because the original version incorrectly stated in the first paragraph and headline that the 10-year yield fell to its lowest level in more than five months. It should be more than six months.