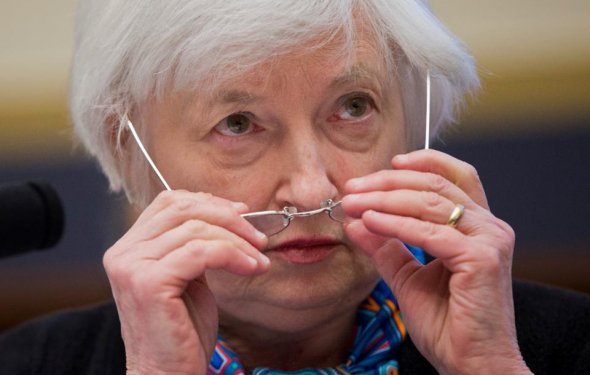 Interest rates are at their lowest levels in years. That's because the 10-year Treasury note yield fell to 1.46 percent July 1, 2016. Investors fled from European investments after Great Britain voted to leave the European Union.

The yield rebounded after Donald Trump won the 2016 presidential election. Investors felt his tax cuts would create jobs and boost the economy. That's when investors switch to stocks and real estate investments.

Rates also rose because the Federal Reserve raised the fed funds rate on December 14, 2016. The Fed expects to raise fed funds rate several times in 2017. For details, see When Will Interest Rates Go Up?

U.S. Treasury bills, bonds and notes directly affect the interest rates on fixed-rate mortgages. How? When Treasury yields rise, so do interest rates. That's because investors who want a steady and safe return compare interest rates of all fixed-income products. These include Treasurys, certificates of deposit and money market funds. They also include home loans and corporate bonds. All bond yields are affected by Treasury yields since they compete for the same type of investor.

Treasury notes are the safest since the U.S. government guarantees them. CDs and money market funds are slightly riskier since they aren't guaranteed.

Investors in mortgage-backed securities then demand higher rates. They want compensation for the greater risk.

Those who want even higher returns purchase corporate bonds. Rating agencies like Standard and Poor's grade companies and their bonds on the level of risk. For more, see How Bond Prices Affect Mortgage Interest Rates.

How Do Treasury Notes Work?

The U.S. Treasury Department sells bills, notes and bonds are to pay for the U.S. debt.

The Treasury sells bonds at auction. It sets a fixed face value and interest rate for each bond. If there is a lot of demand for Treasurys, they will go to the highest bidder at a price above the face value. That decreases the yield or the total return on investment. That's because the bidder has to pay more to rec receive stated interest rate. If there is not a lot of demand, the bidders will pay less than the face value. That increases the yield. The bidder pays less to receive the stated interest rate. That is why yields always move in the opposite direction of Treasury prices.

Treasury note yields change every day. That's because investors resell them on the secondary market. When there's not much demand, then bond prices drop. Yields increase to compensate. That makes it more expensive to buy a home because mortgage interest rates rise. Buyers have to pay more for their mortgage, so they are forced to buy a less expensive home. That makes builders lower home prices. Since home construction is a component of gross domestic product, then lower home prices slow economic growth.

Low yields on Treasurys mean lower rates on mortgages. Homebuyers can afford a larger home. The increased demand stimulates the real estate market. That boosts the economy. Lower rates also allow homeowners to afford a second mortgage. They'll use that money for home improvements, or to purchase more consumer products. Both stimulate the economy.

When Rates First Fell to a 200-Year Low

Why was the yield so low? Investors panicked when the jobs report come in lower than expected. They also worried about the eurozone debt crisis. They sold stocks, driving the Dow down 275 points. They put their cash into the only safe haven, U.S. Treasury notes. Gold, the safe haven in 2011, was down thanks to lower economic growth in China and the other emerging market countries.

Investors still hadn't recovered their confidence from the stock market crash of 2008. Also, they were uneasy that the federal government would allow the economy to fall off the fiscal cliff. Add in the uncertainty around a presidential election year, and you had a situation that might not occur for another 200 years.

The yield rose more than 75 percent, to 2.98 percent between May and September 2013. The yield started rising after the Fed announced it would taper its purchases of Treasurys and other securities. The Fed had been buying $85 billion a month since September 2011. See more about quantitative easing.

Traffic stats
Source: www.thebalance.com
Related Posts
Categories
Latest Stories
Sponsors Tips on what to do onset of cold Why was tamzin outhwaite in a wheelchair...
Guide Halo 5 infection tips when making gamemode in what cell organelle does...
We are supported How to replenish electrolytes? What are tom chang md tips for eye health...
Helpful Who grow crops in the field? what career path should i take how object...
FAQ How much vacancy in upsc 2022 why activities are important? when theory...