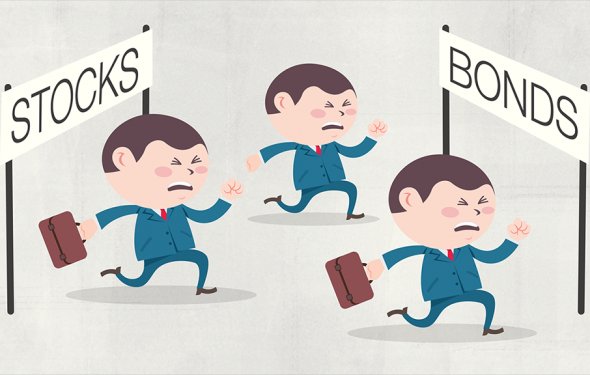 The stock market clambered to records on Friday, while government bonds remained in rally mode, pushing the benchmark 10-year Treasury note yield to a seven-month low, marking a puzzling dynamic on Wall Street.

Why? Because Treasury prices, which move inversely to yields, tend to climb when investors are at their most cautious, fretting about growth and mounting risks. Equities, on the other hand, usually rally when optimistic investors are in a mood to embrace risk.

There are some theories in the wake of a nonfarm-payrolls report that showed a disappointing 138, 000 jobs were created in May, compared with economists’ expectations for 185, 000 new jobs (one bright spot, unemployment fell to 4.3%—a 16-year low). That came a day after Automatic Data Processing Inc.’s ADP, -0.97% private-sector report implied to some strategists that job creation was set to rebound at a rip-roaring pace.

“Bonds are rallying because today’s jobs report was a disaster. Every other major metric we look at was poor [in the employment report], ” Orlando said.

Orlando said the Treasury market is reading the jobs report as supporting the view that the U.S. economy is losing steam, encouraging investors to bet that the Federal Reserve, which has been eager to lift interest rates to more normal levels since the 2008-’09 financial crisis, will either opt not to raise rates at its next policy-setting meeting mid-June, or slow the pace of coming rate increases. Wall Street is pricing in two additional increases to benchmark interest rates in 2017.

The prospect of lower rates staying relatively low for longer may encourage investors to hold on to Treasurys, particularly if they assume a sluggish economic pace ahead.

Meanwhile, Orlando said investors, who drove stocks to a string of records in the wake of Donald Trump’s presidential election victory in November on promises of deregulation, tax cuts and an increase to infrastructure spending, had tempered policy expectations.

No significant progress on the most market-friendly elements of Trump’s legislative agenda has come to light yet, as the administration wrestles with a series of White House problems tied to his campaign’s alleged links to Russian officials. And Thursday’s decision by Trump to pull the U.S. out of the Paris climate accord was seen by some as a distraction to reaching deals on pro-Wall Street policies.

Orlando said now the market may be betting that weakness in employment will force Trump & Co. to scramble to figure out a way to push his agenda through.

“This enhances the Republicans to say, ‘We have to get our act together’, ” Orlando said.

But frustration is building among investors.

“Talk is cheap we have been waiting for seven months and instead of concrete legislative proposals that we can get a majority of congress men to approve, …all we hear is noise, ” he said.

Others think that the investing environment may be entering Goldilocks territory. In other words, the economy is capable of growth, but not so much growth that it nudges the Fed to dial up its plans to tighten rates and wind down its $4.5 trillion balance sheet.

“The data is not strong enough for the Fed to be very aggressive, but yet you still have an economy that is growing and above what you need to accommodate new entrants—it’s just less fast than the market expected it to be, ” said Lisa Hornby, fixed-income portfolio manager at Schroders Investment Management.

Ultralow interest rates and Treasury yields at multimonth lows mean that borrowing costs for U.S. corporations will be relatively cheap, which may at least be a small consolation for investors eager to see the economy rev to new heights.

Traffic stats
Source: www.marketwatch.com
Related Posts
Categories
Latest Stories
Sponsors Tips on what to do onset of cold Why was tamzin outhwaite in a wheelchair...
Guide Halo 5 infection tips when making gamemode in what cell organelle does...
We are supported How to replenish electrolytes? What are tom chang md tips for eye health...
Helpful Who grow crops in the field? what career path should i take how object...
FAQ How much vacancy in upsc 2022 why activities are important? when theory...
Friendly sites