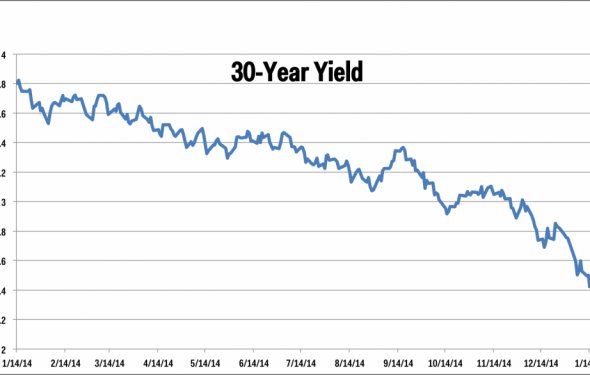 When the U.S. Federal Reserve hikes interest rates, it can be for a number of reasons, ranging from rising inflation to an overheated economy. Regardless of the reasons behind the Fed's rate hike, the impact of this decision is felt across different corners of the bond market world.

Bonds are important as they determine the government’s rate of borrowing. Bonds are after all debt instruments in order for the government to raise additional cash. It is partly because of this that bonds are considered to be a safe investment as they are backed by the full faith and credit of the U.S. Government.

The price at which the bonds trade, are set in part by the central bank and the bond traders who account for a number of reasons, ranging from inflation expectations, interest rate expectations and of course the government’s ability to repay the loans.

The above explanation seems simple enough, but the question still remains as to how a bond investment will be affected when interest rates change. While the term bonds is often used as a blanket term for the debt securities, the way the bonds behave to interest rate changes depends on a number of factors.

The official names for the different Treasury securities are bills, for the very short term maturity securities which expire in 3 months or less from date of issue, Treasury notes which are evenly balanced and come for a term of 10-years as an example and finally bonds which are longer dated maturing debt instruments. New bonds are issued all the time and like existing bonds, the new bonds are also subject to interest rates risks.

Bonds differ by maturity, the coupon rate at which they were issued, the issuing authority of the bond, inflation expectations and so on. All these factors play a major role in figuring out how bonds react to interest rate changes, which can b a complex task.

On top of the above, bonds are viewed as one of the safest investment options, not just among U.S. investors but also globally. Thus this factor is also something that needs to be considered when talking about interest rates and bonds.

How interest rates affect the value of bonds?

However, without a doubt, the interest rates are the biggest threat to bond investors which needs to be factored in when trading bonds, especially the 30-year Treasury bond futures.