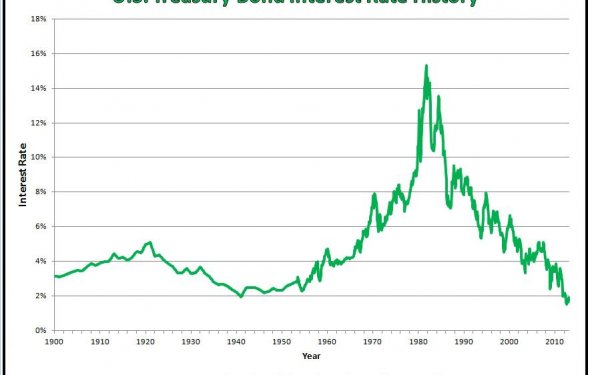 The rate on series I savings bonds just went negative. How can that be? How are these things calculated?

Actually, the rate is 0%, not negative. Here’s how it works. The earnings rate (called the “composite rate”) for series I bonds includes two parts: the fixed rate, which applies for the 30-year life of the bond, and the variable inflation rate, which changes every six months based on changes in the consumer price index for all urban consumers (CPI-U). The new rates were announced on May 1. The fixed portion of the rate is 0%, and the inflation rate portion is -0.80% for the six months from May 1 to October 31 (the CPI-U decreased from 238.031 in September 2014 to 236.119 in March 2015). Although a negative inflation rate can offset some of the fixed rate, the Treasury does not let the earnings rate drop below zero.

The fixed-rate portion of any I bonds purchased between now and October 31, 2015, will remain 0% for the 30-year life of the savings bond. But the inflation rate could increase if inflation picks up again; the six-month inflation rate reached a high of 2.85% in November 2005. The interest is compounded twice a year.