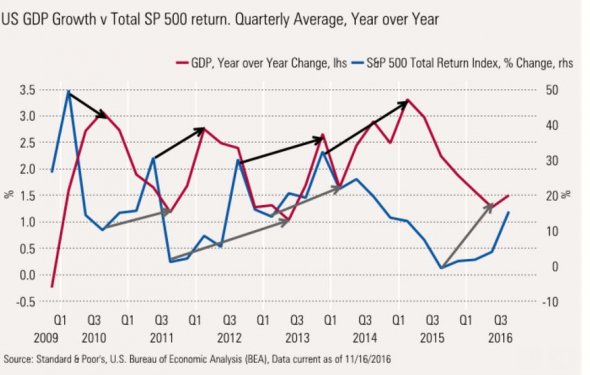 Stanley Druckenmiller is introducing former Fed Gov. Kevin Warsh. Druckenmiller recounts that at last year’s conference he urged getting out of equities and into gold.The legendary investor jokes that that’s why he’s introducing this year instead of presenting.

Kevin Warsh, who is often touted as a potential replacement for Fed Chairwoman Janet Yellen, said he spends a lot of time thinking about “tail risks and tail outcomes.”

Warsh says there’s a uniformity of opinion about state of economy, inflation and growth. The last time he heard such uniformity amid policy makers and even market pros was about 10 years ago. That’s enough, he says, to at least give him pause.

Warsh says big question is whether period of slow growth and low inflation continues. The question is “will you take back control of the yield curve” and whether rates will be set by the market or the central bank.

So is the new gilded age coming to an end? If so, it’s going to be a very different time for those in the asset allocation business.

Warsh says he has a hard time understanding belief in a scenario he calls the “immaculate tightening, ” which has seen a tightening of monetary policy by the Fed has been followed by a loosening of financial conditions.

Warsh says the risk over the intermediate horizon of the next several months is that when the Fed isn’t pursuing strategy without clarity of purpose, it makes tough sledding for other major central banks.

The most important thing to watch is capital expenditures, or capex, he says.

If firms double down by investing on plants, software, equipment, etc., that’s a sign the economic expansion won’t die of old age. If not, it’s not at all obvious economy can strengthen enough in growth or productivity to keep things moving forward.

Look for a continuation of the “tired fight” over the pace of tightening, he says. While the Fed may remain dominant on the short end of the market, their influence is likely to wane further out the yield curve.

Corvex Managment’s Keith Meister, a protege of Carl Icahn, is talking about telecoms.

He’s looking back at the wave of consolidation in telecom, which he says has been fueled by the fact that it the industry is so scalable.

His pitch is CentruyLink, which is acquiring Level 3. “We would not be pitching CenturyLink in a million years” if it weren’t for the acquisition, he says. Corvex will file a 13D showing it has a 5.5% stake.

The merger is a game changer, he says, arguing the stock is cheap by major measures.

An improved board and an improved management team is a hidden benefit of the deal, he says. Today is an attractive entry point because the security is priced as if it were in perpetual decline, he says.

Meister sees 40% return in a base case including dividends, with 50 to 70% upside potential including the benefits of corporate tax reform.

Source: blogs.marketwatch.com
Related Posts
Categories
Latest Stories
Sponsors Tips on what to do onset of cold Why was tamzin outhwaite in a wheelchair...
Guide Halo 5 infection tips when making gamemode in what cell organelle does...
We are supported How to replenish electrolytes? What are tom chang md tips for eye health...
Helpful Who grow crops in the field? what career path should i take how object...
FAQ How much vacancy in upsc 2022 why activities are important? when theory...
Friendly sites