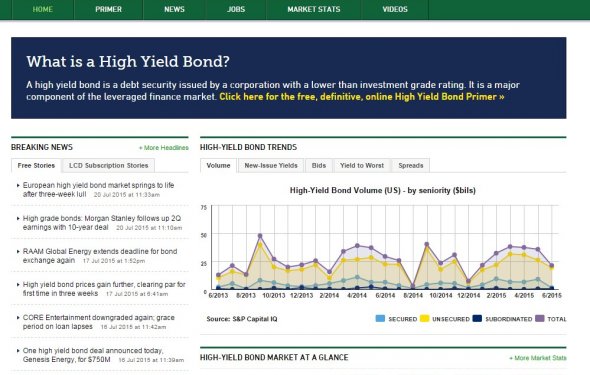 After China finally got a start on seeing its local stocks into global equity indexes, focus turns to what could be an even bigger deal - winning inclusion into the world’s benchmark bond gauges.

China is preparing the final touches for the next stage in that campaign - a "Bond Connect" program with Hong Kong that will allow international investors to buy Chinese debt in the city, a mirror of two stock connect facilities with domestic equity markets. Market participants expect an official announcement on the start as soon as July 3.

“We estimate that more than $1 trillion of additional global fixed-income investments could eventually be allocated to Chinese domestic bonds over the next decade, and Bond Connect moves us a step further in that direction, " Kenneth Ho, head of Asia credit strategy research at Goldman Sachs Group Inc., wrote in a note earlier this month.

Wary of the pitfalls that tripped up emerging-market nations that quickly dismantled cross-border financial controls, China for decades has maintained tight restrictions on foreign investment. While regulators are determined to keep tight oversight of domestic money moving abroad, the Communist Party leadership has sought a global role for the yuan - which entails allowing, and even encouraging, foreigners to increase its use.

An influx of overseas money would not only help diversify funding for an economy loaded down with debt, but potentially spur market reforms such as improved corporate governance. MSCI Inc.’s decision on selective onshore-equity inclusion last week offered a step in that direction - read more here.

China’s bond market is the third-largest in the world, with the yuan equivalent of $9.4 trillion outstanding, yet has minimal foreign investment thanks to difficulty of access. Nomura Holdings Inc. analysts estimate about $109 billion of domestic bonds are held by overseas buyers, or less than 2 percent. China’s stock market capitalization is about $6.9 trillion, according to data compiled by Bloomberg.

"It will take time for foreign capital to increase its share of the China bond market, based on experience of other countries when opening up their bond markets, " Nomura analysts including Hong Kong-based Albert Leung wrote in a note last month. "It took about 10 years for foreign investor holdings in Japan’s bond market to increase to 7 to 8 percent from around 2 percent."

Inclusion in major global bond indexes would be a "major positive, " the Nomura analysts concluded, though timing is uncertain.

Bloomberg LP, the parent company of Bloomberg News, owns the Bloomberg Barclays branded bond indexes. Goldman analysts projected that $250 billion could flow into Chinese bonds as a result of index inclusion over five years. Inclusion "is more likely to occur between 2018 and 2020 than in 2017, " the bank’s analysts said this month.

Citigroup and Bloomberg Barclays have created separate indexes that offer investors a way to track a benchmark with China in them, though their appeal may be limited as it falls short of full inclusion in all major global gauges. Nomura estimates that assets linked to a Citigroup measure that includes China are "quite small."

The nation has made steady progress in opening up its markets, including a move last year to allow most foreign funds direct access to its onshore interbank debt market. Yet the registration paperwork involved, and the need to find a clearing bank onshore, has kept some away. And, even if China has pledged that foreign investors can withdraw their money, some worry about potential roadblocks.

"One of the main concerns from investors is whether there will be difficulties in repatriation, " Goldman’s Ho and his colleagues wrote this month.

In the meantime, the forthcoming Bond Connect offers a more familiar locale for international investors to base their purchases - Hong Kong, which marks 20 years since its handover from British to Chinese rule on July 1.

"Our sense is that China is working hard to get included in the major world bond indices, " Yacov Arnopolin, an emerging-market fund manager at Pacific Investment Management Co., said in an interview Tuesday. As for the magnitude of demand among international investors to get into Chinese bonds, that "remains to be seen." "There are people who are conflicted about the China story, and then again the Chinese yields compared with developed-market yields are quite attractive."

Before it's here, it's on the Bloomberg Terminal. LEARN MORE

telstra superherohype.com minecraft.curseforge.com foro.infojardin.com researchgate astro.wisc.edu engawa.kakaku.com search.auone.jp popcouncil.org wikimapia.org nutritiondata.self.com kaskus.co.id digitalcollections.clemson.edu drinksmixer.com tools.folha.com.br talgov.com rtve curseforge.com camfrog.com
Source: www.bloomberg.com
Related Posts
Categories
Latest Stories
Sponsors Tips on what to do onset of cold Why was tamzin outhwaite in a wheelchair...
Guide Halo 5 infection tips when making gamemode in what cell organelle does...
We are supported How to replenish electrolytes? What are tom chang md tips for eye health...
Helpful Who grow crops in the field? what career path should i take how object...
FAQ How much vacancy in upsc 2022 why activities are important? when theory...
Friendly sites