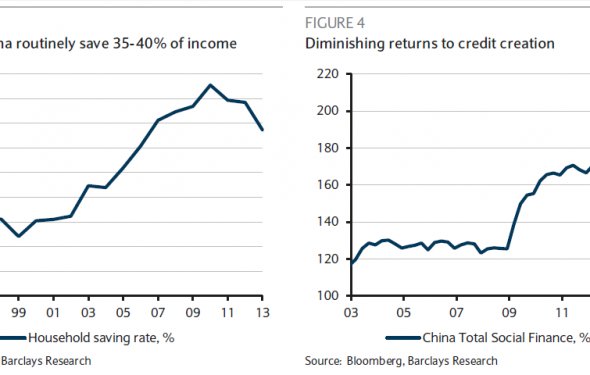 This past Wednesday, the People’s Bank of China and the Hong Kong Monetary Authority announced a joint cooperation to launch “Bond Connect”, with no exact timing given.

While long flagged by authorities on both sides, this announcement is significant in that currently only 1.5 per cent of the Chinese bond market is held by foreigners, as against a probable benchmark of about 11 per cent. We are not suggesting this reweighting will happen quickly, but rather that the Bond Connect is another step toward developing the necessary infrastructure.

The announcement is a reflection of the continued development and opening of China’s bond market, which is following a progressive path. This includes rapid issuance in domestic bonds (attained); inclusion of Chinese bonds in global indices (occurring); establishing Bond Connect (in process); and institutionalising the bond market, including developing internationally-acceptable credit ratings, credit enhancement, and credit insurance (early stages).

While the joint announcement reads as though Bond Connect is being developed in the best interest and “long-term prosperity and stability of Hong Kong”, we see it accruing far more to the benefit of mainland China.

In our last comment, we wrote that Chinese authorities are designing a number of paths to orchestrate an orderly deflating of their credit excesses. We mentioned the development of the bond market as one of the avenues. We believe the rapid development is deliberately being coordinated by authorities to achieve four key objectives:

Risk Diffusion - diffuse credit risk away from bank balance sheets to reduce concentration/systemic risk, given that banks hold the lion’s share of the massive amount of credit expansion that has occurred.

“Amend and Extend” – banks tend to make short-dated loans given their short-duration funding bases. Bonds allow for longer pay-back periods for borrowers, which better aligns their debt amortisation schedules with their cash flows.

Source: www.scmp.com
Related Posts
Categories
Latest Stories
Sponsors Tips on what to do onset of cold Why was tamzin outhwaite in a wheelchair...
Guide Halo 5 infection tips when making gamemode in what cell organelle does...
We are supported How to replenish electrolytes? What are tom chang md tips for eye health...
Helpful Who grow crops in the field? what career path should i take how object...
FAQ How much vacancy in upsc 2022 why activities are important? when theory...
Friendly sites