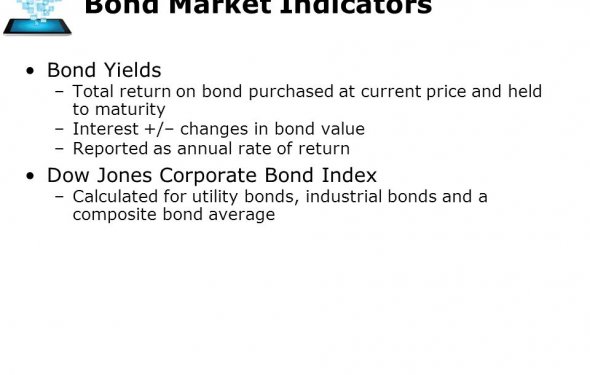 It looks like the bond market is not buying into hopes for economic growth.

As of late Monday trading, the 10-year U.S. Treasury note was trading at a yield of 2.25 percent per year, while the two-year note yielded 1.28 percent per year. At 0.97 percentage point, the "spread" between the longer-maturity note and the shorter-maturity one is hovering at the lowest levels seen since October.

This is not only a titillating factoid to discuss with friends, but a sign that bond investors aren't quite buying the idea that the economy is heating up.

Longer-term bonds generally command greater yields than shorter ones, and the more enthusiastic the expectations for inflation, the greater this difference tends to be. After all, an investor doesn't want to lock up their money for a decade only to receive a sum that's worth less in those future dollars. Since faster economic growth is thought to lead to greater inflation, and inflation expectations tend to change the yields for longer-term bonds more dramatically than that of shorter-term bonds, it is easy to see why the yield spread is commonly taken to be an indicator of economic growth expectations.

Right now, is doesn't appear to be indicating anything good.

"[T]he Treasury market is telling us a very different story about the big pickup in growth that the consensus is looking for in the second half of the year, " Matt Maley, equity strategist at Miller Tabak, wrote in a Monday commentary piece.

As Peter Boockvar of The Lindsey Group sees it, the spread is telling a story about both what traders think the Federal Reserve will do, and how they think the economy is likely to respond to those actions. As he alludes to, short-term bonds tend to be guided closely by expectations of Fed policy, while longer-term yields more purely reflect economic expectations.

When it comes to the falling spread, "It's becoming clear the reasoning and that is a Fed that is intent on raising short rates due to their statistical employment and inflation hurdles having been met (and thus backward looking viewpoints) and market worries about how the economy will handle that reflected in the drop in long rates, " Boockvar wrote in a Monday note.

Others say the yield spread is not serving up a yield sign — yet.

The short end of the yield curve is "rising on expectations of tighter monetary policy, while the low end is more correlated to growth ... so I think the case could be made that the curve continues to narrow, " Oppenheimer technical analyst Ari Wald said Monday on CNBC's "Trading Nation."

Yet this doesn't worry Wald, who noted that the yield spread turned fully negative before each of the four most recent recessions.

Kevin Caron, a portfolio manager at Washington Crossing Advisors, agreed that only an inverted yield curve would be a real warning signal, and pointed out that a spread at this level has been seen "a couple times already in this recovery, and it didn't indicate anything in the way of a recession."

However, he granted that the decline in the yield curve is telling us something about investor sentiment.

"The flattening ties into the fading of expectations for some kind of fiscal push this year, " Caron said Monday on "Trading Nation." "This is the broader representation of a resetting of expectations, in the United States at least, and the expectation for maybe slower growth than what we expected just after the election."

Source: www.cnbc.com
Related Posts
Categories
Latest Stories
Sponsors Tips on what to do onset of cold Why was tamzin outhwaite in a wheelchair...
Guide Halo 5 infection tips when making gamemode in what cell organelle does...
We are supported How to replenish electrolytes? What are tom chang md tips for eye health...
Helpful Who grow crops in the field? what career path should i take how object...
FAQ How much vacancy in upsc 2022 why activities are important? when theory...
Friendly sites