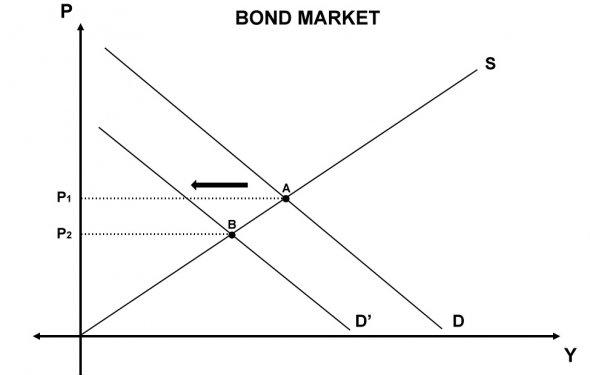 Many retail investors shun the bond market because it can be difficult to understand and it doesn't offer the same level of potential upside as the stock market. While the bond market is different from the stock market, it can't be ignored. Its size (comparable to the stock market) and depth will ensure this never happens. With the help of the book "Triumph Of The Optimists: 101 Years Of Global Investment Returns" (2002), by Elroy Dimson, Paul Marsh and Mike Staunton, we will look at how the global bond market performed over the 20th century and what changes we foresee for it during the 21st. (For a look at the stock market during the same period, see The Stock Market: A Look Back.)

An Unkind Century for Bond Investors
Equity investors triumphed over bond investors during the 20th century because the risk premium built into bonds during the 1900s was much too low to compensate investors for the forthcoming turmoil that would hit the bond market over the next century. This period saw two secular bear and bull markets in U.S. fixed income, with inflation peaking at the end of the First and Second World Wars as a result of increased government spending during those periods.

The first bull market started after World War I and lasted until after World War II. According to Dimson, Marsh and Staunton, the U.S. government kept bond yields artificially low through the inflationary period of World War II and up to 1951. It wasn't until these restrictions were lifted that the bond market began to reflect the new inflationary environment. For example, from a low of 1.9% in 1951, long-term U.S. bond yields then climbed to a high of nearly 15% by 1981. This was the turning point for the century's second bull market.

The graph below shows real government bond returns for the 20th century. Ironically, while all of the countries listed in the table below showed positive real returns on their equity markets during this period, the same could not be said about their bond markets.

The countries that did show negative real returns were those most affected by the world wars. For example, Germany saw two periods in which fixed income was all but wiped out. During the worst of the two periods, 1922-23, inflation reached an unfathomable 209, 000, 000, 000%! According to "Triumph Of The Optimists, " 300 paper mills and 150 printing works with 2, 000 presses worked day and night to accommodate the demand for bank notes during this period! In fact, the 20th century had more than one incidence of hyperinflation, but none was as severe as what Germany saw in the early 1920s. (For more insight, see the tutorial.)

While this illustration gives you a good feel for the government bond market, the U.S. corporate bond market, according to Dimson, Marsh and Staunton, fared better as well, and added an average 100 basis points above comparable government bonds over the 20th century. They calculated that roughly half of this difference was related to the default premium (the premium rewarded for taking on default risk). The other half is related to defaults, downgrades and early calls. (To learn more, see .)

The Bond Market Would Never Be the Same
In the 1970s, the globalization of the world markets began again in earnest. Not since the Gilded Age had the world seen such globalization, and this would really start to have an impact on the bond markets in the 1980s. Until then, retail investors, mutual funds and foreign investors were not a big part of the bond market. According to Daniel Fuss' 2001 article "Fixed Income Management: Past, Present And Future, " the bond market would see more development and innovation in the last two decades of the 20th century than it had in the previous two centuries. For example, new asset classes such as inflation-protected securities, asset-backed securities (ABS), mortgage-backed securities, high-yield securities and catastrophe bonds were created. Early investors in these new securities were compensated for taking on the challenge of understanding and pricing them. (To learn more, see Event-Linked Bonds: Competing Against a Catastrophe.)