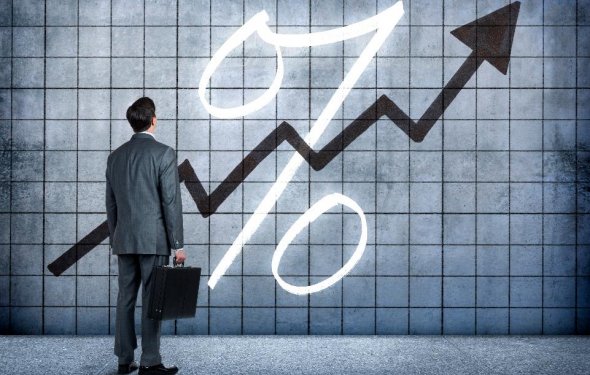 The stock market caught wind of the rate move Thursday, and equities around the world responded negatively to rising yields. Bond strategists say if higher yields trigger a bigger sell off in stocks it could slow down the upward movement in interest rates, as investors will seek safety in bonds. Bond prices move opposite yields.

Jobs report could be a moment of truth

Friday's June jobs report could be a moment of truth for the bond market. Strategists are looking to the wage gains in the report, expected at 0.3 percent. If they are as expected, the move higher in yields could continue. But a surprise to the upside could mean a much bigger move since it would signal a return of inflation. The Fed has said it is looking past the recent decline in inflation, but the market would become more convinced of the Fed's rate-hiking intentions if it starts to rise.

As global rates rose Thursday, the 10-year German bund pushed through the psychological 0.5 percent level, and was as high as 0.57 percent. The Japanese 10-year was also on the move, hitting a high last seen in February.

"It doesn't make sense for rates to be so tightly constrained when you have central banks tightening almost en masse, " said Michael Schumacher, Wells Fargo director, rate strategy. "It's a longer term trend…there are so many lined up."

Besides possible Draghi's hawkish comments that suggest a tapering of ECB programs, Schumacher said the Bank of Canada appears ready to tighten soon, and the Bank of England could move later in the summer.

Then there's the Fed, which has moved its target rate range to 1 to 1.25 and plans to raise rates again this year. Clear from the minutes of its last meeting, the Fed also plans to begin reducing the amount of Treasurys and mortgage securities held on its balance sheet by slowly ending a program of replacing the securities as they mature. It expects to begin with, at most, a $10 billion taper in purchases for three months, and then increase it gradually.

Strategists are split on whether the move higher in yields will endure.

"Now, it's all a matter of whether this on the margin is adjusting positions, or there's an actual active decision among some of the big bond investors around the world…If they see maybe something fundamentally has shifted, this thing could keep going because who is going to support the market if the central banks themselves are shying away?" said George Goncalves, head of rate strategy at Nomura.

Goncalves said when the 10-year yield was at 2.14 percent last month, he turned the most bearish he's been on the bond market in nearly a decade. He said three conditions drove him to change his bullish view. First the Fed has taken rates to 1 percent, which finally is a large enough number to have an impact and on the path to 2 percent. The second is the Fed is going to reduce its balance sheet, and that could begin to drive rates higher. Then there is the fact that global central banks are also stepping back from easing.

The easy policies of foreign central banks had been a major catalyst driving buyers into U.S. Treasurys because of lower and negative rates overseas.

"Outside of war and outside of a recession, central banks releasing the reins on the market which they've controlled so tightly for so many years, should see rates rise, " Goncalves said.

He said the move is not like the 2013 snap up in yields after the Fed surprised the markets by pulling back on easing. "This is not a clear kind of taper tantrum that we didn't know was coming. It's more that we were in denial, and now we're waking up and saying we were at the wrong prices, and now we have to adjust, " said Goncalves.

Waiting to see how markets react

Whether the market will revert more to fundamentals is still unclear. "We've seen this movie before, a couple of times. We get our hopes up as fundamental analysts. I'm encouraged by the behavior. I'm suggesting our clients hedge up, " he said. One factor that could reverse the course of rising yields would be if the stock market sold off in a violent reaction and central banks responded with easier policy.

"I think it's a healthy thing as long as it doesn't get completely unhinged, " he said. "It could keep going higher…The pain trade is the 10-year." Goncalves said the 10-year could reach 2.60 by the end of the third quarter, with a possible overshoot to 2.80 percent.

Schumacher said he expects more action in the 5-year part of the Treasury curve because that has been a bigger focus of Fed purchases for its balance sheet.

"We still think long rates go up a bit. It's this trade off between rate hikes and the balance sheet, and it now seems the balance sheet is likely to take the stage sooner, " he said. Wells Fargo expects the Fed to announce it will move on its balance sheet when it meets in September.

Schumacher estimates the yield on 5-year notes could rise 30 to 40 basis points, as a result, and the 10-year would have a more subdued move of 10 to 15 basis points.

"Nobody knows exactly how the market is going to react, " he said. "You can't pull out examples and say it normally does this. We don't know what it does. This is new. It should make people nervous, " Schumacher said of the balance sheet tapering.