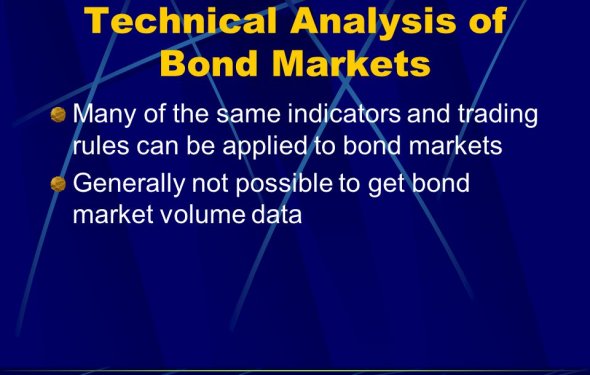 Bonds are far more important than most investors give them credit for. Image source: U.S. Treasury.

The bond market doesn't get nearly as much attention among most investors as the stock market, as most people are lured by the opportunity to see their investments skyrocket in value over the long run. Yet even though the bond market typically doesn't offer as many chances for investors to earn multibagger returns, it nevertheless plays a vital role in balancing investment portfolios and helping people keep money available for shorter-term needs. Below, you'll find some helpful resources you can use to get more information on specific areas of the bond market, but, first, let's turn to five key facts about bonds that every investor should know.

1. The bond market is much larger than the stock market.
Bonds have exploded in popularity over the long run, as a long-term trend toward lower rates has made financing cheaper than ever for government and corporate borrowers alike. According to some estimates, the global bond market has more than tripled in size in the past 15 years and now exceeds $100 trillion. By contrast, S&P Dow Jones Indices put the value of the global stock market at around $64 trillion. In the U.S. alone, bond markets make up almost $40 trillion in value, compared to less than $20 trillion for the domestic stock market.

Trading volume in bonds also dramatically exceeds stock market volume, with nearly $700 billion in bonds traded on a daily basis. That compares to about $200 billion per day in volume for stocks, according to data from industry group SIFMA. The relative size of the bond market shows how important it is in the financial industry, even if it doesn't come as a top priority for most investors.

2. Bond prices can be volatile.
Many investors have the sense that bonds are safer than stocks and conclude that they can never lose money on a bond. Yet bond prices can move violently when interest rates change, as investors don't want to hang onto a low-paying bond when they could get a higher-paying newly issued bond instead. Relatively small price changes drive much of the trading volume in the bond market, with issuers seeking to minimize costs of financing while investors want as much income as possible. That tension can create big moves in bond prices when rates are changing, and losses can result when rates rise quickly.

3. Some bonds have an equity kicker.
Most bonds are simply promises to repay debt at a certain point in the future, with interest payments along the way. But some issuers offer convertible bonds, which under certain circumstances allow investors to trade in their bonds for company stock. Companies often choose convertible bonds to lower the rate they have to pay on their debt, but a convertible bond can be a great way for investors to get the best of both worlds. If the stock rises dramatically, then the convertible bond will typically give holders substantial gains. Yet if the stock doesn't perform well, the bond still pays back its principal amount at maturity.

4. Bond ratings can make a big difference.
Rating agencies look closely at bonds to judge the likelihood that the issuer will be able to repay, with various rating scales using different methods to make their estimates. S&P, for instance, sets AAA as its highest broad rating, and after that, ratings of AA, A, BBB, BB, and so on down to D represent decreasing credit quality. All ratings between AA and CCC also allow for plus or minus symbols to attach to the end of the rating, indicating bonds at the top or bottom end of that rating range respectively.

The big line in the sand for the bond market is the gap between BBB- and BB+, which separates high-quality investment-grade debt from lower-quality high-yield or junk bond debt. Higher bond ratings typically have less chance of default, and so issuers can pay lower interest rates and still get demand.

5. Not all bonds from a given company are created equal.
One of the most confusing things about bonds is that even when you consider a single company's debt, the various bonds you can buy aren't necessarily the same. Sometimes, the maturity date will define the relative order of priority for a bond to get repaid, letting you predict whether you'd be able to recover your principal if the company ran into financial trouble. Yet in other cases, the company sets up its capital structure differently, offering collateral to back some of its bonds and also issuing senior or subordinated bonds that have different priorities for repayment in a bankruptcy proceeding. By contrast, most companies only have a single class of stock, making it much easier for investors to understand.

Many investors find the bond market to be more complicated than it's worth. Yet with just a little work, you can understand the basics of the bond market and navigate it well enough to take advantage of investing opportunities when they arise.

This article is part of The Motley Fool's Knowledge Center, which was created based on the collected wisdom of a fantastic community of investors based in the in helping the world invest, better! If you see any issues with this page, please email us at