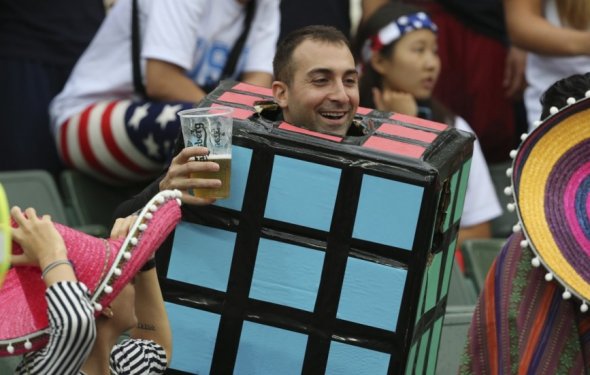 Another day, another sign of just how calm global financial markets have become.

On Monday, the Vix index, Wall Street’s so-called “fear gauge” that reflects investors’ expectations of volatility in the benchmark S&P 500 Index over the next month, dropped to its lowest level since February 2007, a year-and-a-half before the global financial crisis erupted.

The big question is why bond yields remain low in the face of, what even the International Monetary Fund now admits is, an improving economic outlook

The Vix fell to a post-crisis low just as stock markets, as measured by the MSCI All-Country World Index, which tracks companies in 46 countries accounting for 85 per cent of the investable equities market, reached a fresh high, buoyed by expectations that Emmanuel Macron, the centrist candidate in France’s high-stakes presidential election, will win the run-off on Sunday.

Investment strategists are increasingly baffled by the extent of the decline in financial volatility in the face of a plethora of risks that could roil markets, such as the recent escalation in geopolitical tensions, the withdrawal of monetary stimulus by the world’s leading central banks and, most recently, a much tougher regulatory environment in China.

Yet as Convergex, a US brokerage, notes, “there is an overwhelming market narrative that equates to ‘Don’t worry, be happy’.”

Among the oft-cited reasons for the remarkable calm are:

• Central bank “put”: Although the US Federal Reserve is raising interest rates, it is doing so very gradually. For their part, the European Central Bank and the Bank of Japan are still pursuing aggressive quantitative easing. The persistence of extremely loose monetary policies means that investors can continue to rely on central banks to support markets, particularly when sharp sell-offs occur. The so-called “central bank put” is still in place, at least for the time being.

• Reflation trade: While the recent batch of US economic data has been weaker than expected, global economic conditions are improving, particularly in Europe, and investors still expect US President Donald Trump to win Congressional approval for some form of meaningful tax reform before the mid-term elections next year. The “reflation trade” has lost considerable momentum but has yet to run its course, helping underpin sentiment.

• Political fears ease: That Britain’s decision to vote to leave the European Union and Trump’s upset victory in the US presidential election did not send markets into a tail-spin was enough to convince international investors that the aversion to political risk has been overdone. The near certainty that Macron will win the French election is also fuelling the perception that populism has reached its peak.

Yet the most compelling explanation for the historically low levels of volatility lies in government debt markets.

Even at the peak of the reflation trade at the end of last year, when global stocks were on a tear and the dollar was surging in anticipation of stronger growth and inflation, bond yields were already falling. As Convergex rightly notes, “if global economic growth is about to take a step function higher, no one seems to have told sovereign debt markets”.

The benchmark 10-year US Treasury yield has dropped more than 30 basis points since mid-March while the stock of negative-yielding government debt in Europe and Japan is rising again. Low bond yields are a boon for so-called “risk assets”, such as equities and emerging markets.

Bond investors’ scepticism that growth and inflation will rise sharply has produced a Goldilocks environment in which low yields are supporting stock valuations, contributing to subdued levels of volatility in markets.

The big question is why bond yields remain low in the face of, what even the International Monetary Fund now admits is, an improving economic outlook.

New research from the Bank for International Settlements suggests this is partly due to the actions of long-term institutional investors, such as pension funds and insurance firms, which, in an effort to reduce their risk exposure, are piling into safer government bonds. Structural factors are also at work, such as low productivity levels and ageing populations.

Bond investors’ lack of faith in the reflation story, however, is arguably the key factor behind the extremely low level of borrowing costs.

In one account of the old fairy tale, Goldilocks is almost eaten by the three bears. With equity valuations, particularly in the US, already looking stretched, stock investors should tread carefully. Persistently low bond yields could be the canary in the coal mine for global markets.